Denizen of the Molten Deep, Agnaktor 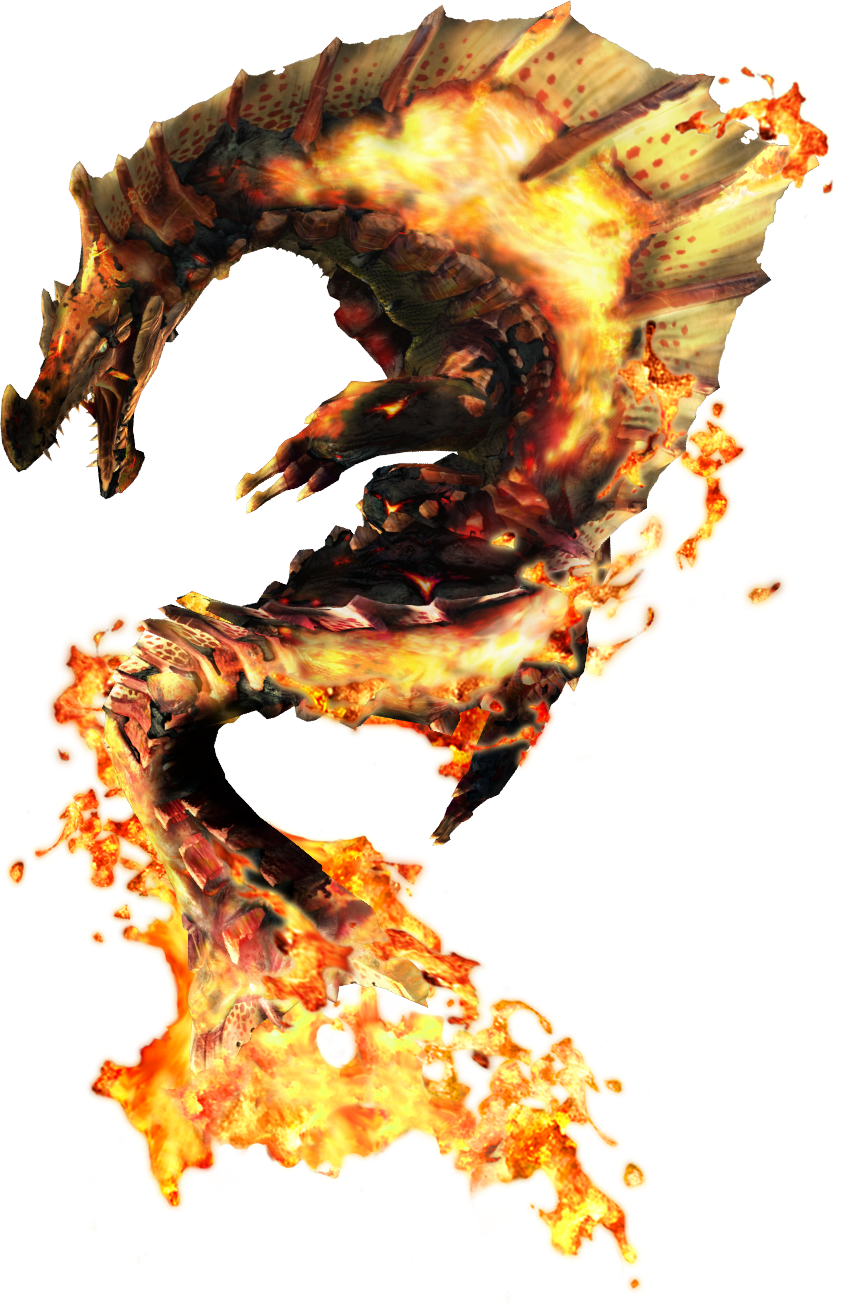 He's an odd monster, but very fun to fight. Fighting him in his element lead to some interesting battles, including the parts when he tunnels through the ceiling to drill you into oblivion. You mostly fight him in his natural habitats, magma and lava areas like "Volcano" and Volcanic Hollow. His attacks are mostly sporatic and quick. He also has a pseudo magma/lava beam, which he activates by snapping his beak a couple times then fires, he can fire this beam straight (fires it upwards) and side to side in an area in front of him. Lesser attacks he does are forceful peckings he does in the direction of a hunter (which knocks you back significantly), tail swipes, claw strikes, hipchecks, and a charge he does in and out of the ground.

A priority on trying to slay Agnaktor is trying to break his lava armor, it completely covers him in the beginning of the hunt and does not regenerate after it has been broken the first time. The armor hardens after a certain time he has not burrowed or become submerged in lava. No sharpness can pierce through the armor, which is why it's crucial to break it so your hunt isn't affected by always bouncing off of him. Not to mention that if he has his lava armor while it is hot, his attacks dealt with it still on give a fire debuff on your hunter, slowly burning you to a crisp.