Member of the Fated Four, Astalos 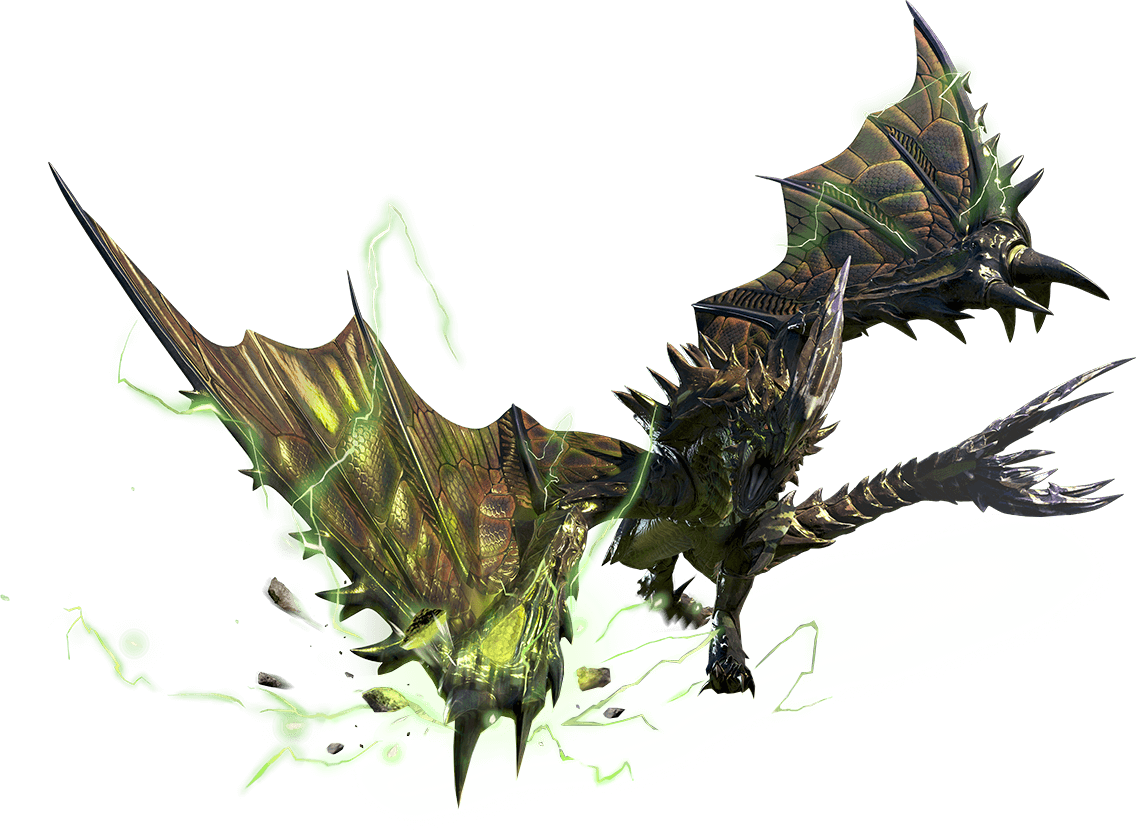 One of four flagship monsters for Generations, zappy bug-esque wyvern, stompy wing claws, what's not to like about this hunt? He's getting a lightsaber on his horn thing next game, and they're calling that his Deviant. He's a quick dangerous little bugger, flys around the field smashing your face in with an electric charge added when he's enraged. His enraged mode does feature him covering his entire body with a green glow and electricity zapping all over, it's really easy to distinguish his normal and charged body parts, and when you kinda discharge the electricity from those parts, he reacts in a bit of pain that lets you get a couple hits in. Standard Wyvern attacks, tail swipes, claw swipes, horn swipes, tail pince, charges slams and smashes oh my! His most dangerous attack is when he charges up with a screech, flaps his wings, jumps really high and slams his claws back onto the ground several times which has a rather big AOE and electric splash. A good A E S T H E T I C part of his fight is when most of his attacks send you flying across the field slamming into walls.