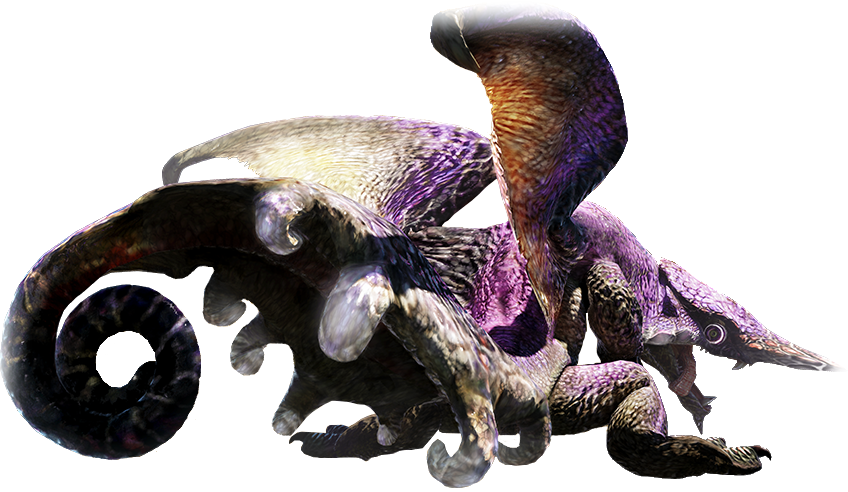 Everybody's favorite derpy Elder Dragon, this purple looking ninja ass guy is notorious for stealing your items and steaming up the battlefield with his breath. He ranges in mostly poison and tongue attacks, as well as normal claw swipes and charges. He's very sporatic in his attacks, and he's easy to read. The only thing difficult about a Chameleos hunt is trying to break his hide, a sharpness not above white will only bounce off of him and doesn't change until his body has been broken. The hardest part being the wings, he uses those wings to fly (mindbreaking) and it's a key part of his hunt since he uses his wings to move gases like poison or smoke he exhales. He's a sneaky bugger, when he exhales a huge amount of smoke, it gives him the ability to turn invisible. He'll fly above and reposition in the area to try and sneak attack you. If you have auto-lock it's not hard to instantly find him when he un-invisibles. To stop him from completely turning invisible, you need to break at least one of his parts, like the horn, wings, or tail.