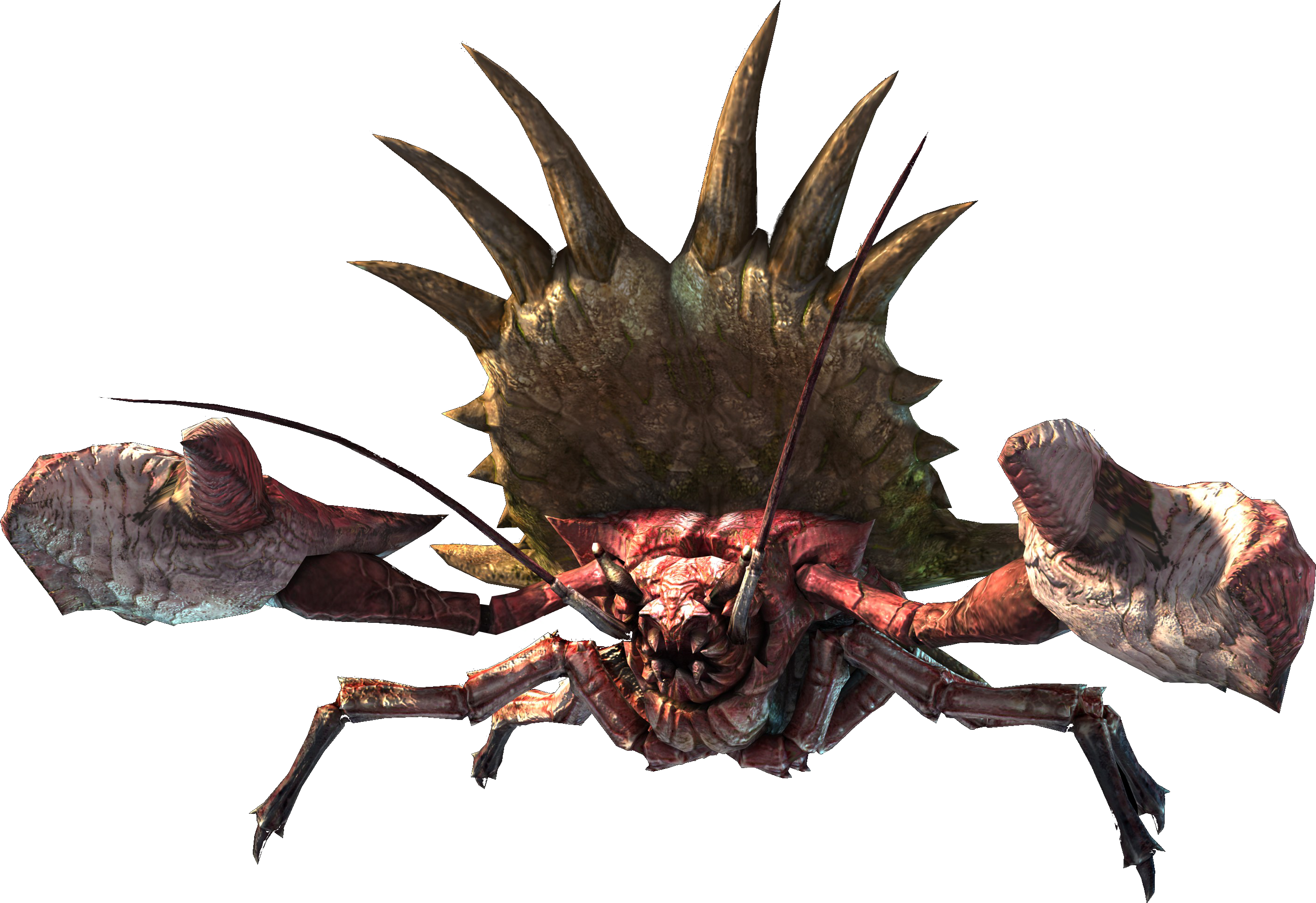 Daimyo Hermitaur is a bigger version of your garden variety Hermitaur, which are these little guys. 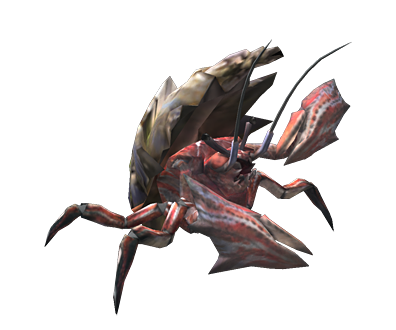 Hermitaur isn't a tough monster, say like medium danger, has strong attacks, persistent, water beam. He sweeps with his claws, a little claw swipe, and charges at random which chunks your health. There's another attack he does, he raises his claws up high and then smashes quickly in front of him, you can dodge underneath him to dodge this attack, but it has a wide reach infront. Daimyo Hermitaur has the skull of a dead Monoblos on his back which acts as his shell, he uses this to charge and intimidate other monsters. There is an attack he does where he tunnels under the ground to try to impale you with the Monoblos' horn, it just sends you flying upwards with a fair amount of damage. A lesser seen attack he does while tunneling is one where he pops his head out of the ground to try to pin a hunter and slowly nibble on him. Both claws are breakable and the Monoblos skull on his back can be damaged up to 3 times while still being able to knock back up to white sharpness. Personally speaking, Hermitaur's armor is good for Lance users as well as Gunlance users due to it's useful blocking skills and defense raiser.