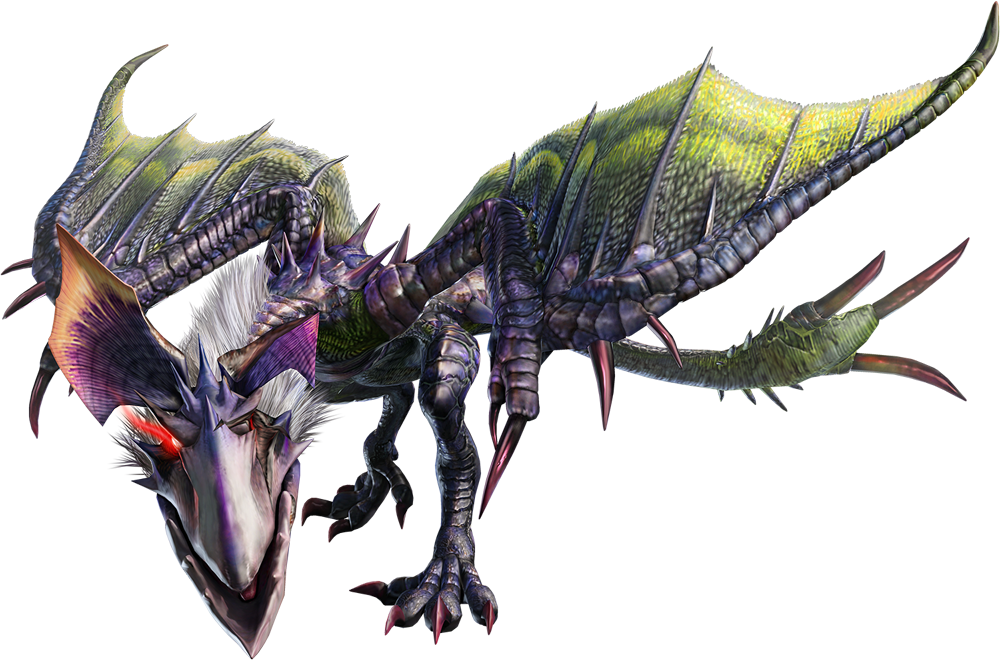 If you have a hard time with regular Yian Garuga, I do not recommend trying to kill Deadeye, a poisonous Deviant (kinky) which elicits a dangerous status effect, Deadeye poisoning which burns through your health like it's a corrosive acid. His tail is automatically coated in a fair/A LOT of poison which poisons your hunter if even a little speck of the stuff hits your hunter. Not to mention the original damage the attack will do adding with the burning poison. I don't think I even recommend antidotes to this fight, the most of the poison wears off while you spend the time trying to drink an antidote. Personally speaking, I have Yian Garuga's roar burnt into my mind, SCRAOOOWW and that would elicit me to press B in some frail attempt to jump out of the way of a tail whip. It's a really cool style roar that really helps set his theme of being crazy as shit.

Like a devilchild between a Yian Kut Ku and Rathian, Yian Garuga is scary in its own right, but Deadeye Yian Garuga removes his eye, which makes him a lot more angry. Deadeye is prone to tailwhips, tailwhips, and fireballs, and also tailwhips. The coup de grace of Deadeye is his poison, making him possibly the most deadliest Deviant.