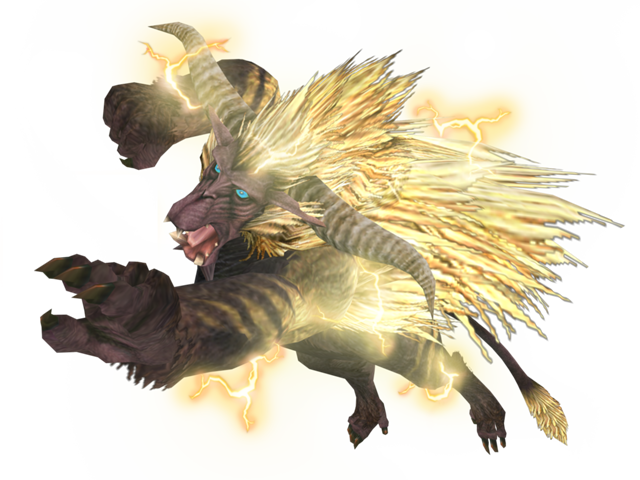 It's mad monkey minotaur time and believe me, he's mad all the time. If you don't mess around, and know that Rajang is possibly one of the most dangerous monsters alive, it's time for you to wake up and see the monster that is Furious Rajang. Yeah it's basically a recolor, but you still don't mess around with Furious Rajang. When he enrages, which is all the time, his arms turn into the hardest thing imaginable and no sharpness can penetrate it. Constantly bouncing off, disadvantaging you and risking your health bar. Not to mention he is Rajang with giant lazer beams and electric boogaloo smashing attacks. It's like Astalos grew a bunch of hair, became a monkey, and started smashing shit up like some sort of monster, and you are the monster hunter.

Furious Rajang is very reminiscent of Dragon Ball's Goku, blond hair, lot's of power, and punches the shit out of his enemies. F-Rajang has punches, charges, and smashes oh my. It also doesn't help that he does not tire easily and is constantly on madness high performance with 5,000 attacks per second.