Member of the Fated Four, Glavenus 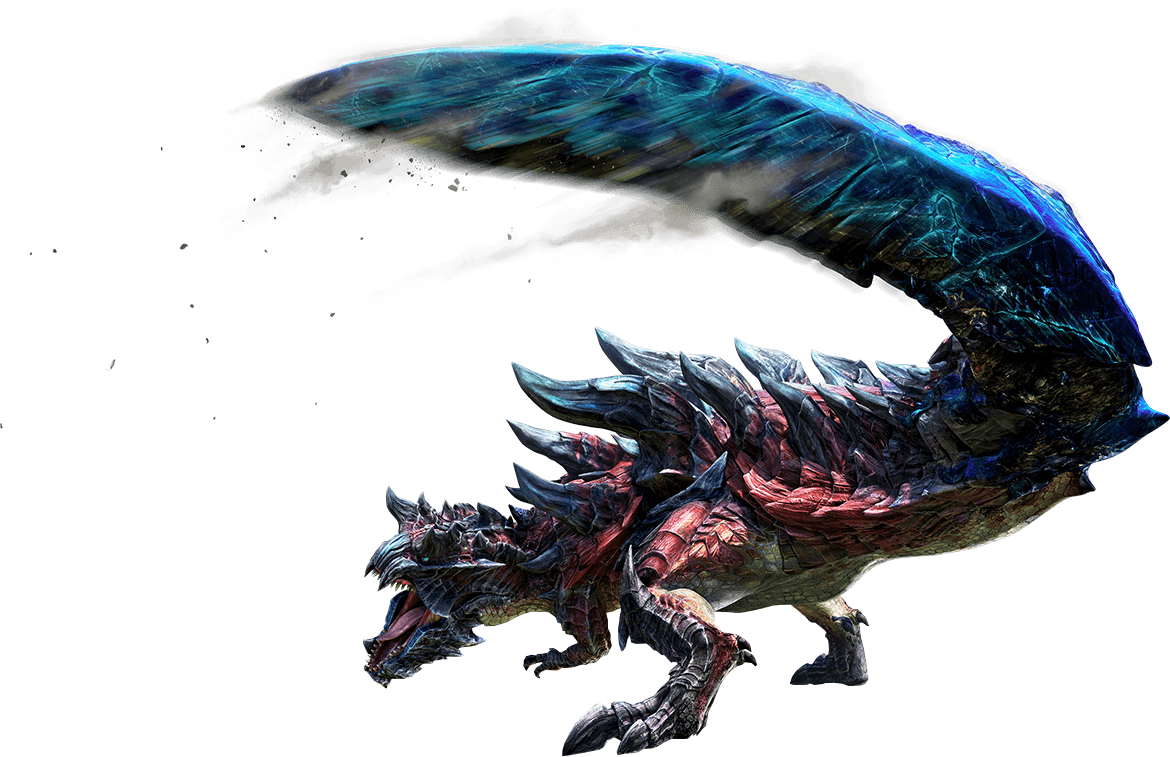 Originally known in Japan as Dinovaldo. Rather generic name to be honest. It's a giant dinosaur with a tail blade. It doesn't look like a blade, but it apparantly strikes with such a force that it's like a blade. Works as a lumberjack, specializes in woodcutting to support his family. I like to think Glavenus is a living Great Sword, and it's pretty aparant in his quick strikes with long range that have high spam-ability and dama- wait a second.

Glavenus doesn't have long-spanning heavy attacks with tons of damage, so moreless he's a longsword who grew legs and fireteeth. Glavenus is a big teeth fanatic, so he brushes daily and gurgles down some molten mouthwash. To maintain his white gums he will have that molten mouthwash in his mouth until you make him spit it out. With the mouthwash, he can spew some fire for your own dental health. These little globs of firey mouthwash can explode into pillars of flame, and any bite he does will put the flame debuff on the hunter bitten. Also a key part to him is how he sharpens his tailblade with his teeth, making it hurt a lot more, if he has his molten mouthwash while sharpening his blade, it will glow firey red and instill firey fear within the hunter.

Bites, stomps, and fireballs. His favorite and all rounded attacks are tailswipes. Tail smash, tail swipe, and a devastating attack whereas he will pull his tail with his teeth, which will then release in a huge AOE tail spin which really hurts.