Former Flagship and Master of Mayhem 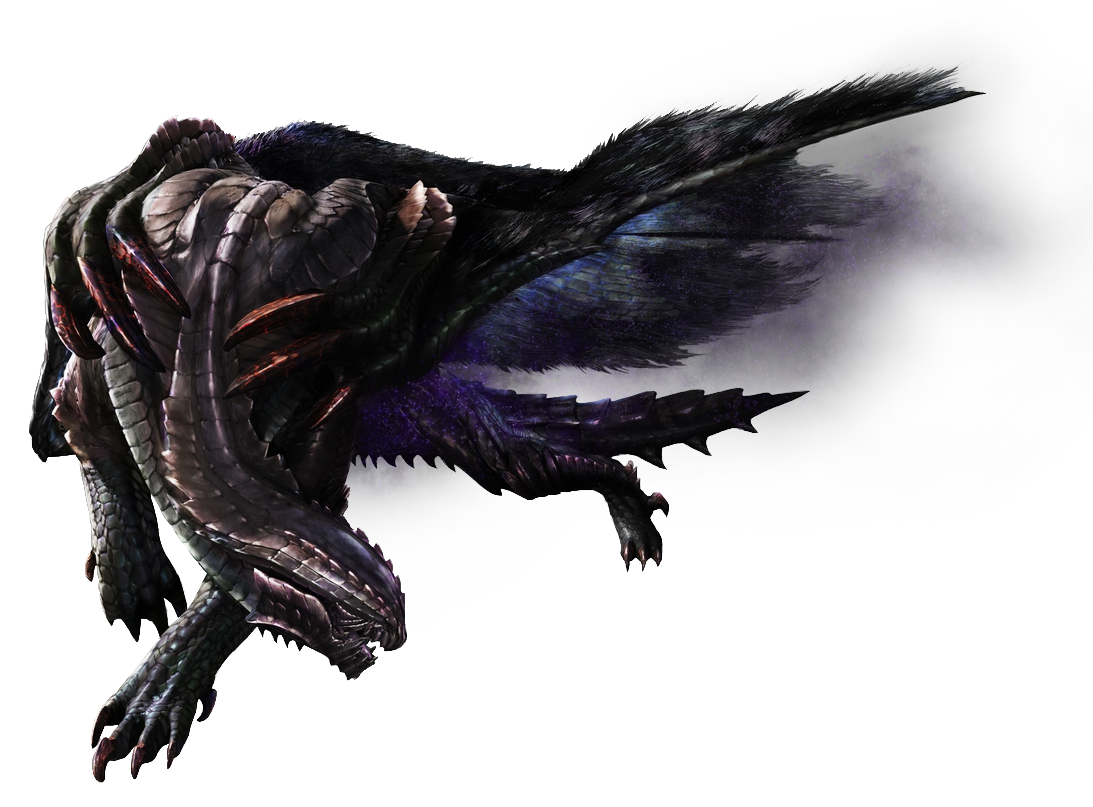 Gore was MH4's flagship monster, people bought this game to fight him, however it brought about more terror than normal monsters. The monster virus was a key plot element and hunting element in MH4 along with monster mounting mechanics. The virus in question made monsters more angery, removes thier fatigue and lead them to a pre-death state where they don't feel like dying but killing everything. In 4, you eventually got a whetstone that coated your weapon with antivirus agents, so you'd remove the virus by beating the shit out of the virus. Apex form was a terrifying mode where the monster would permanently have the virus which made them grow larger and more angerier. Truly terrifying in the hands of Rajang or Seregios.

However in MHGenerations the virus is absent from monsters, perhaps they found a cure and killed all the Gore's but they're here in Generations. Speaking of here in Generations, Gore is canonically blind, and also canonically turns into Shagaru Magala, and a subform is known as Chaotic Gore Magala, who was shedding his scales and growing his golden horn. Shagaru Magala is an elder dragon, and the true source of the virus. Shagaru has permanent horns and a white-golden and can actually see with its eyes. He is featured as a fight in MHGenerations, and he's unchanged since his last appearance. 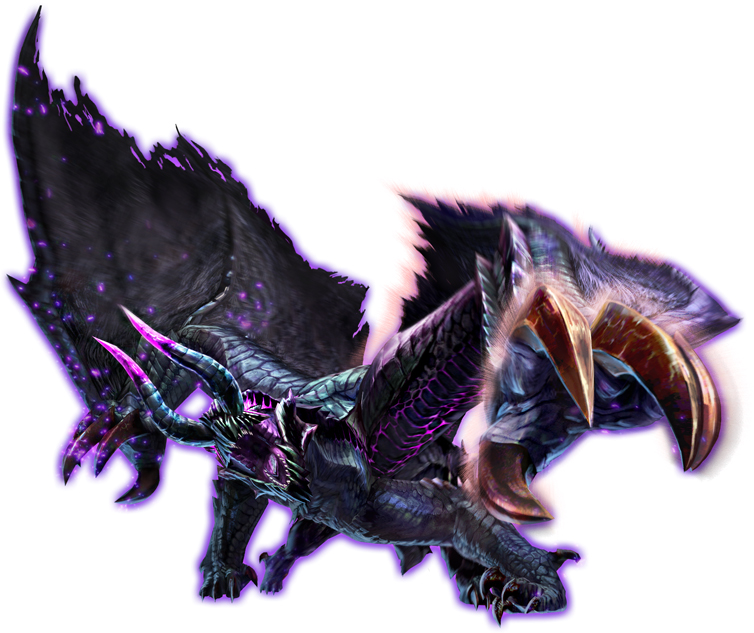 Gore is a tough cookie, he's got this villian vibe with the two wingarms having long wing-webbing. He can fly well, and smashes into you with a flying smash attack. He also has virus balls he shoots at you, which have to be cured by beating the shit out of him, if you beat the virus, you get a gain in attack power which increases your damage dealt to him, if you fail to beat the virus, clouds of the virus sit around the battlefield that he spews damage you and any attack he deals with virus in it also deals heavier damage. Enraged Gore is another story, an angry angry story. He glows purple, probably with the power of the virus, and horns pop out of his head that he will try to hurt you with.