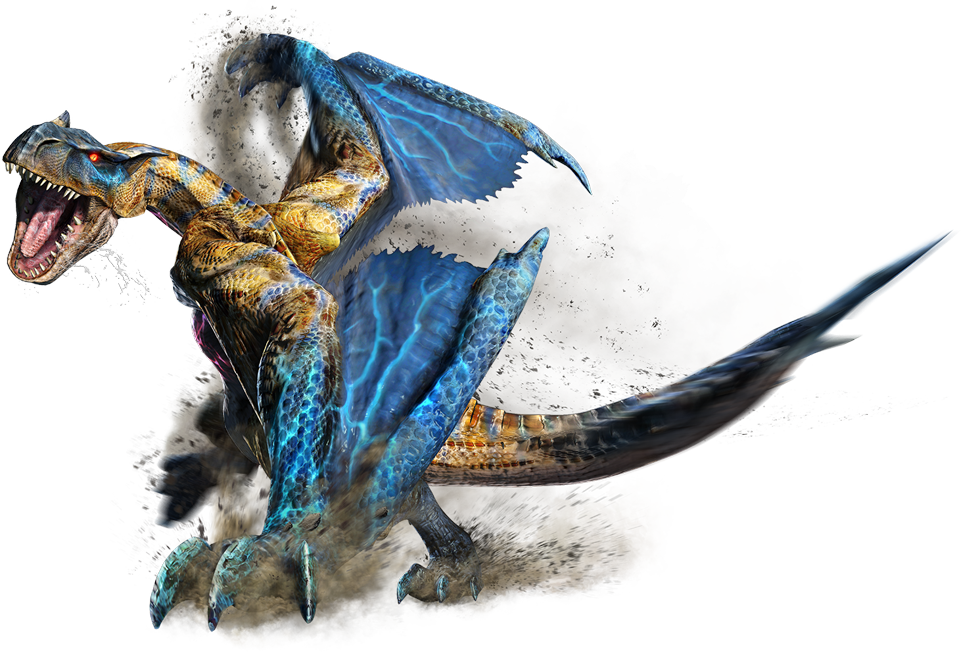 Another deviant, another day haha. As if making Tigrex bigger and more deadly did anything different. We already had Molten Tigrex which made him some sort of idol god thing from an island nation, but Grimclaw is another story. Grimclaw Tigrex has giant paws, which he uses to smash. You. Into. The. Ground. One of his infamous attacks (or should be) is his supernova paw smash, were he raises and charges one paw and then smashes it into the ground which makes the ground explode. I don't make this stuff up if you've been reading for a while. His roar is strong enough to penetrate a lance's shield and deals enough damage to be considered a weapon of mass destruction. Seriously, I use a +2 guard lance armor set and I can't fully block one of Grimclaw's roar. Like a normal Tigrex, Grimclaw charges, roars, spins, and flaps his little arms across the map to horizontally deal impact velocity. (smart). To fuel his roars, Grimclaw stomps his forward around to take in enough breath to fuel several atomic bombs.

I only give recommendations on armors I have used, and Grimclaw's and other Deviant armor sets are gonna need a lot of farming inorder to be considered viable. Any deviant armor needs to be at upgrade level 6 or so to unlock their hidden potential. Grimclaw's melee armor boasts Critical Strike and Destroyer skills; Critical Strike has the user deal a crit strike (extra damage) on every unsheathing weapon attack, really only useful for Greatsword users, since they unsheath and charge their attacks for huge damage. Destroyer is a decent skill, it makes all monster parts on a monster break more easily. However ranged armor is a bit more useful, it grands Normal Up and Destroyer, Normal Up deals more damage with Normal shots, and I already told you what Destroyer does.

Deviants are the stronger versions of monsters, that's why they're known as deviants. They essentially have taken the subspecies from the game in support of showing off these new deviants. Brute was removed for Grimclaw essentially.