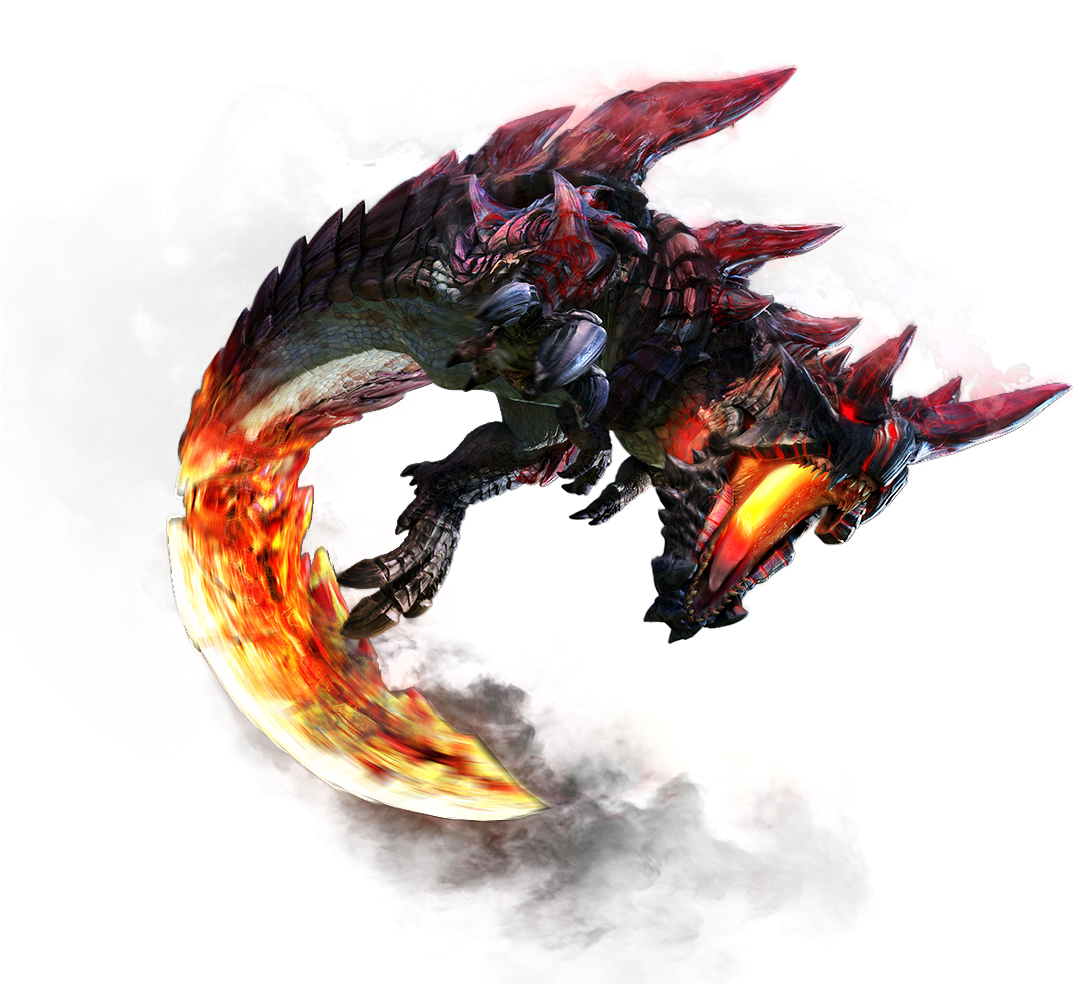 Another Deviant another dollar, haha. This was the only subspecies varient of the five total flagship monsters. Hellblade, but in the next monster hunter it will feature the rest of the 5's deviants/subspecies.

Hellblade Glavenus is one tough customer. His form is definately a lot more orange and spiky/horned than normal. The tail also gives off a faint glow. Glavenus still needs to sharpen his tail in order to deal fire/blast damage on his tail attacks. Hellblade Glavenus uses authentic Hell-type mouthwash that he gurgles down giving him demonic breath. Just kidding but he does breath in some fire which you can visibly see by a bulge in his throat (WHAT'S THIS OwO). Hellblade has some of the same moves that regular Glavenus does, bites, tail swings, and fireballs. Really the only dangerous part of Hellblade is trying to adjust to the variations of the moves Hellblade does different to regular Glavenus. Like his mega tailspin he does twice, he cuts you a lot more, and his regular walk-up-to-you can result in a bite instead. Like when the monster comes up to confront you but not charging at you.