White Chicken with no Head 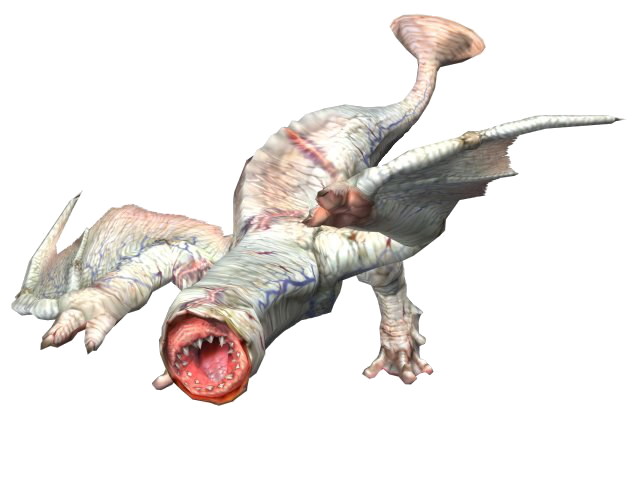 This monster is how I say, well executed. He's rather creepy, his head extends out like a worm, he has no eyes, and has nothing but gross mouth. There isn't even background music during his hunt, that just adds more tension to his fight.

An apparantly really flabby body, eats only unsuspecting creatures that happen upon his cave. Khezu can channel electricity to completely fry himself and anything near him, also puffs out electricity and can charge into you while sparking with it. He's got tail whips, charges, electric charges, bites, and his head can whip around in an attempt to bite you. Definately the most dangerous attacks being an electric charge he does where he plugs his tail into the ground and lets loost like a mini spark-globe, also where he plugs his tail into the ground and puffs 3 balls of lightning that can paralyze you while doing all the damage.