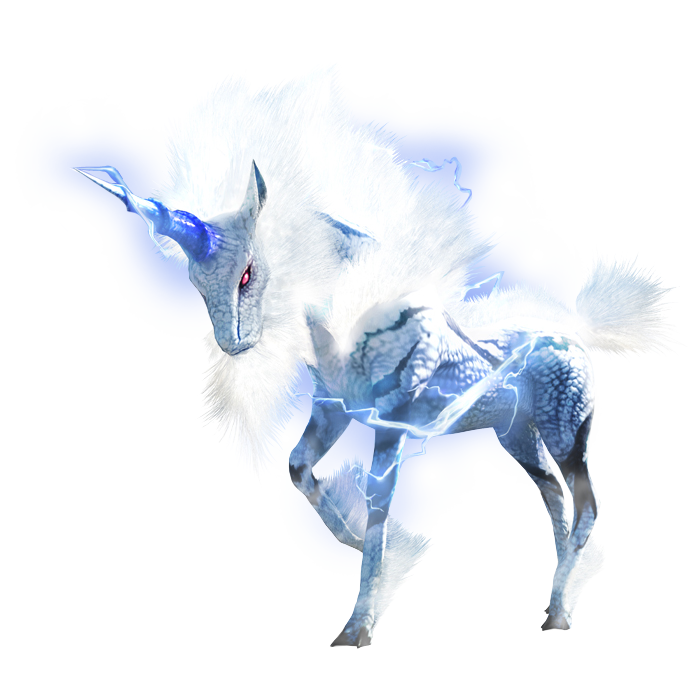 Kirin is one of the oldest Elder Dragons, not a dragon mind you, but an Elder Dragon. They sure don't look like dragons, but that's what they're classified as. This Elder Dragon is a unicorn pony thing with lightning powers. It's rather on the small side and hard to hit. Hops around all annoyingly like a frog on hops. It's also got lightning powers, and it has the power to supercharge the hairs on its body to be literally unpiercable if he's enraged/angery. Doesn't matter what sharpness your weapon has, it won't cut no matter what.

Kirin as a unicorn likes to charge around and call upon his lightning powers. Wherever he charges around, lightning strikes around him, he's got kicks, and lightning bursts. His attack kit is rather lackluster, possibly since he's one of the first Elder Dragons in the game, so they didn't have the luxury to give monsters expensive and console taxing attacks.