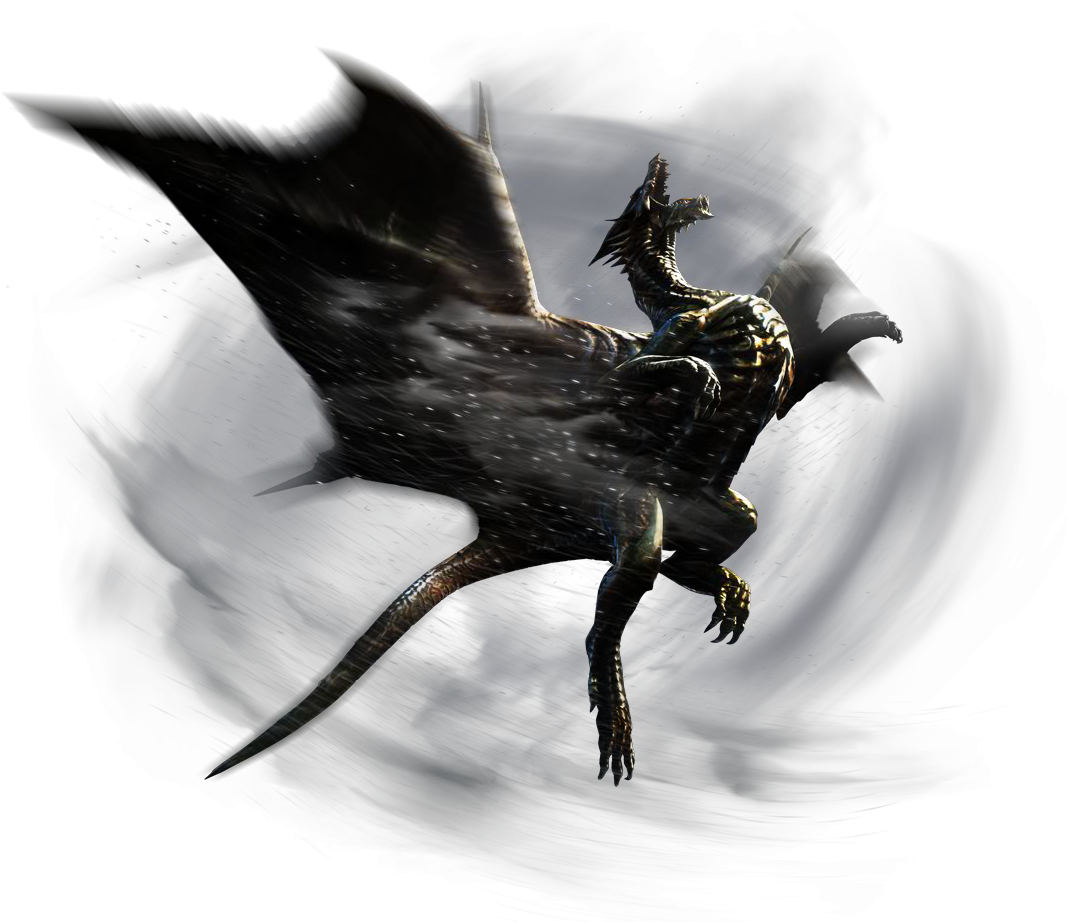 Kushala Daora is an Elder Dragon, moreless one of the small ones that like to bugger around with the lesser creatures. Daora's body is comprised of metals apparantly, possibly after a binge that occured after he was trapped in a metal mine (just kidding). Daora is on a medium-boil of the frustration level. His whole ordeal as an Elder Dragon is the power to control winds. When enraged his body is engulfed in strong black winds which push you down during any attempt at trying to hit Daora. Even wind resistant armor still doesn't resist the power of a Elder Dragon. Daora loves to have you waste time in his fight, reeling back from roars, pushed around by wind and tornadoes, bites, smacks, tail whips. The highlight of fighting Daora is having him be the equivalent of an eternal airblower. He has the lung capacity of a giant gas tanker. He can form and breath huge amounts of tornadoes, the most dangerous are the black dark tornadoes made out of malice and/or salty hunters. The best part about fighting Daora, is his crippling, severe, deadly weakness to poison. If you weild a poison weapon, and you're really good at it, he will always be affected by the poison and will die quickly to it.