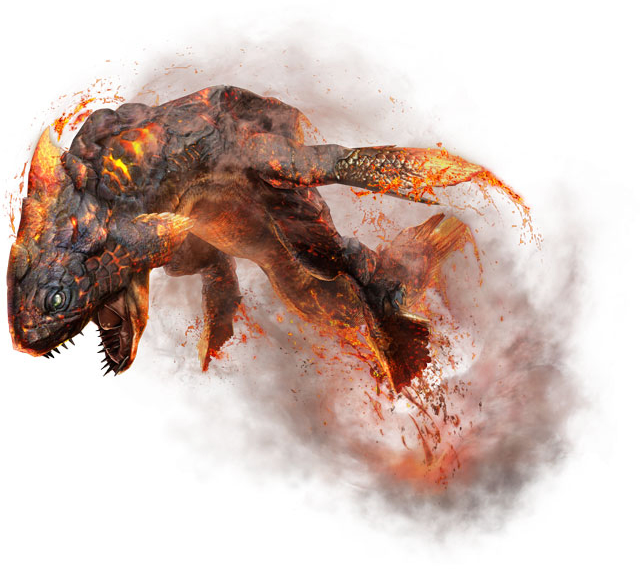 Lavasioth is the terror of the Molten deep, found only in molten areas, mostly the apply named "Volcano", where he patrols the two bottom right areas. He likes to swim in magma, and is the most deadliest monster in the game. He's got hipchecks, he's got hipchecks, and most definately he's got hipchecks. Annoying fireball spit, hipcheck, annoying tail swipes, hipcheck, annoying ability to swim underneath the ground and flop around like a goddamn idiot, hipcheck. This thing strikes terror into the heart of the most stalwhart hunter. Lavasioth also uncannily is a big fish and has lots of health, also takes from the Agnaktor line of having natural armor clad in rocks or magma. Lavasioth swims around and has the fire debuff whenever he incites an attack, which means not only are you taking massive damage as a hunter, you are also taking a lot of fire damage. My recommendation, hunt each quest once so you don't ever have to hunt it again.