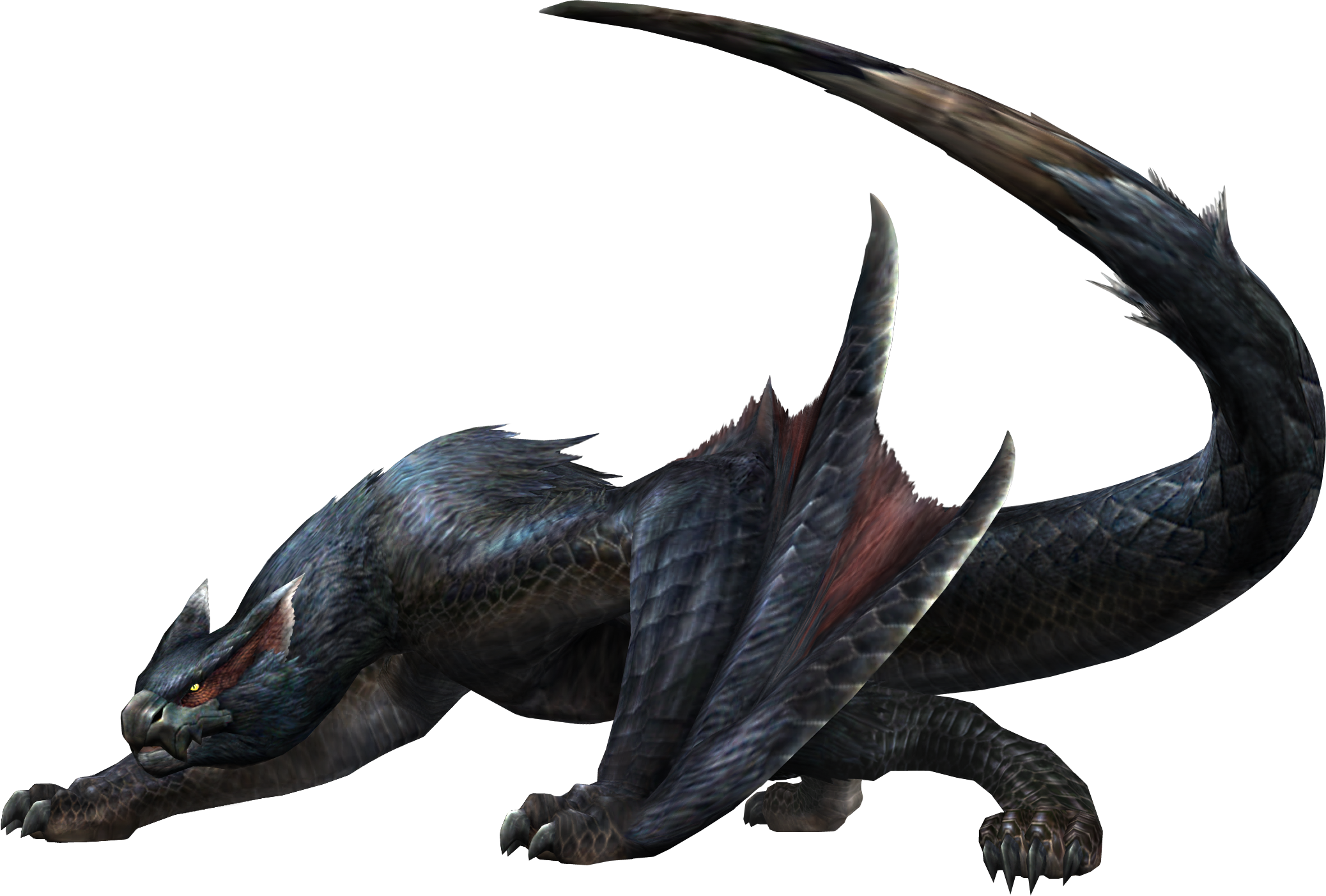 Of the flying wyvern variety, Nargacuga is the epitome of a sneaky ninja, he's got a shuriken-laced tail, is quick in his movements, has a badass roar, and even has a subspecies which can invisible-cloak itself, not to mention Nargacuga armor is stylized after ninjas, I'd give it a quick google search that'd lead to something else. Currently in MHGenerations, he only has a Deviant, Silverwind Nargacuga, which will be explained in his guide. Nargacuga has two subspecies, Green and Lucent Nargacuga, Green just has him look green, and Lucent can turn himself invisible.

Speaking of quick in his movements, Nargacuga is extremely quick in his movements, quick charges, quick jumps, quick swipes and bites. Nargacuga's main attacks are his claw swipes, where he waits patiently and stares at a hunter to jump and claw at them. Tail whips, tail slams, and tail throws where he throws tiny shards of his tail at you. There isn't much else to his attack kit really, he's rather weak but hard to hit due to his jumpiness.