King of the Skies, Rathalos 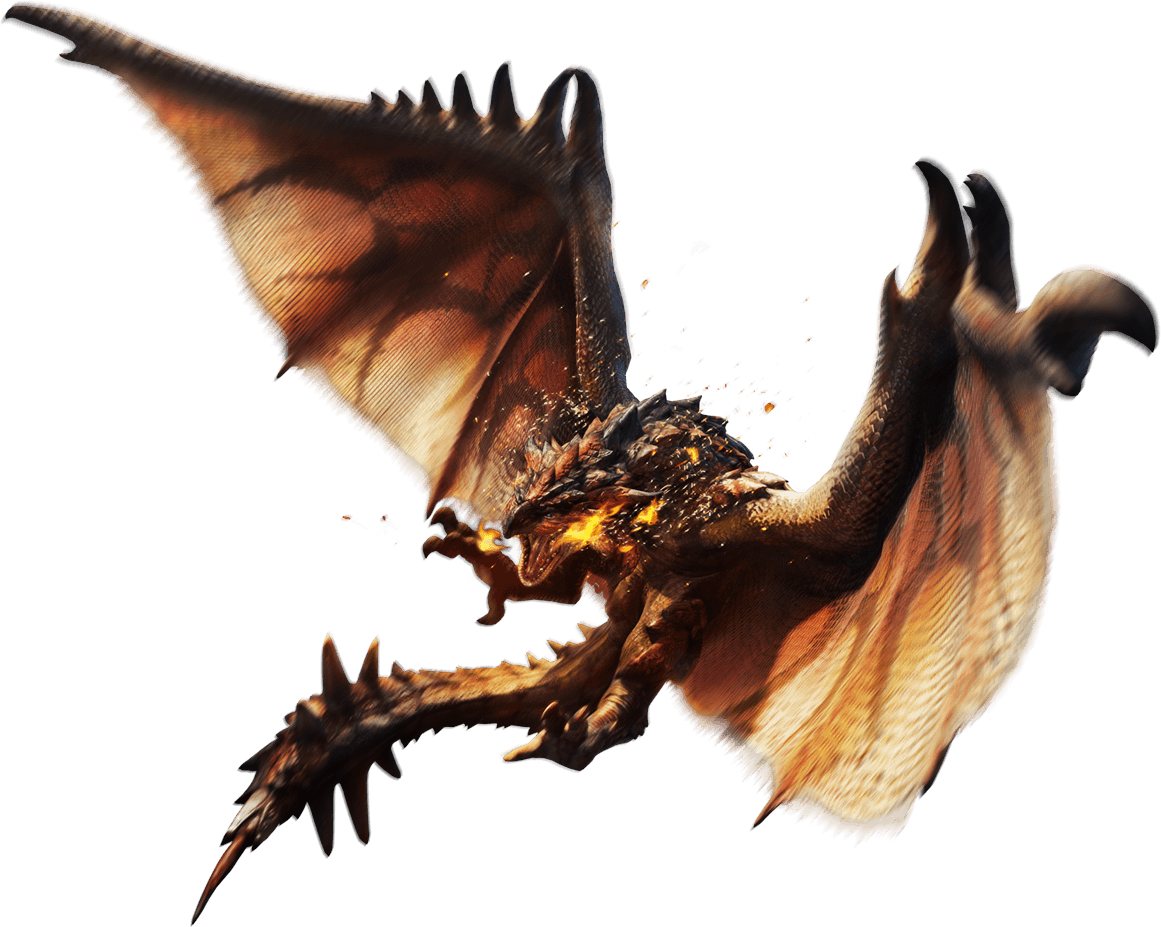 The King of the Skies, Rathalos. A good monster that you can dip your feet in. Medium difficulty essentially, not too hard, not too easy, however it does lean hardly on the Frustration Scale. One of the first in the series, Rathalos is essentially an icon of the Monster Hunter games, hunt and kill badass monsters. However due to Rathalos' age it does make his attacks far far more outdated and annoying. Tail whips, Poison claws, charges, stomps, and fireballs, spammed constantly, not to mention his roar takes forever to shake off, and after every roar he immediately takes off the ground by firing a fireball and jumping off the ground and flying until he comes back down or you smack him down. Rathalos is mostly found with his mate, Rathian. The combo of Rathian and Rathalos and a very inadequate hunter would most likely mean certain demise for the hunter or the hunter would suffer from ragequit.