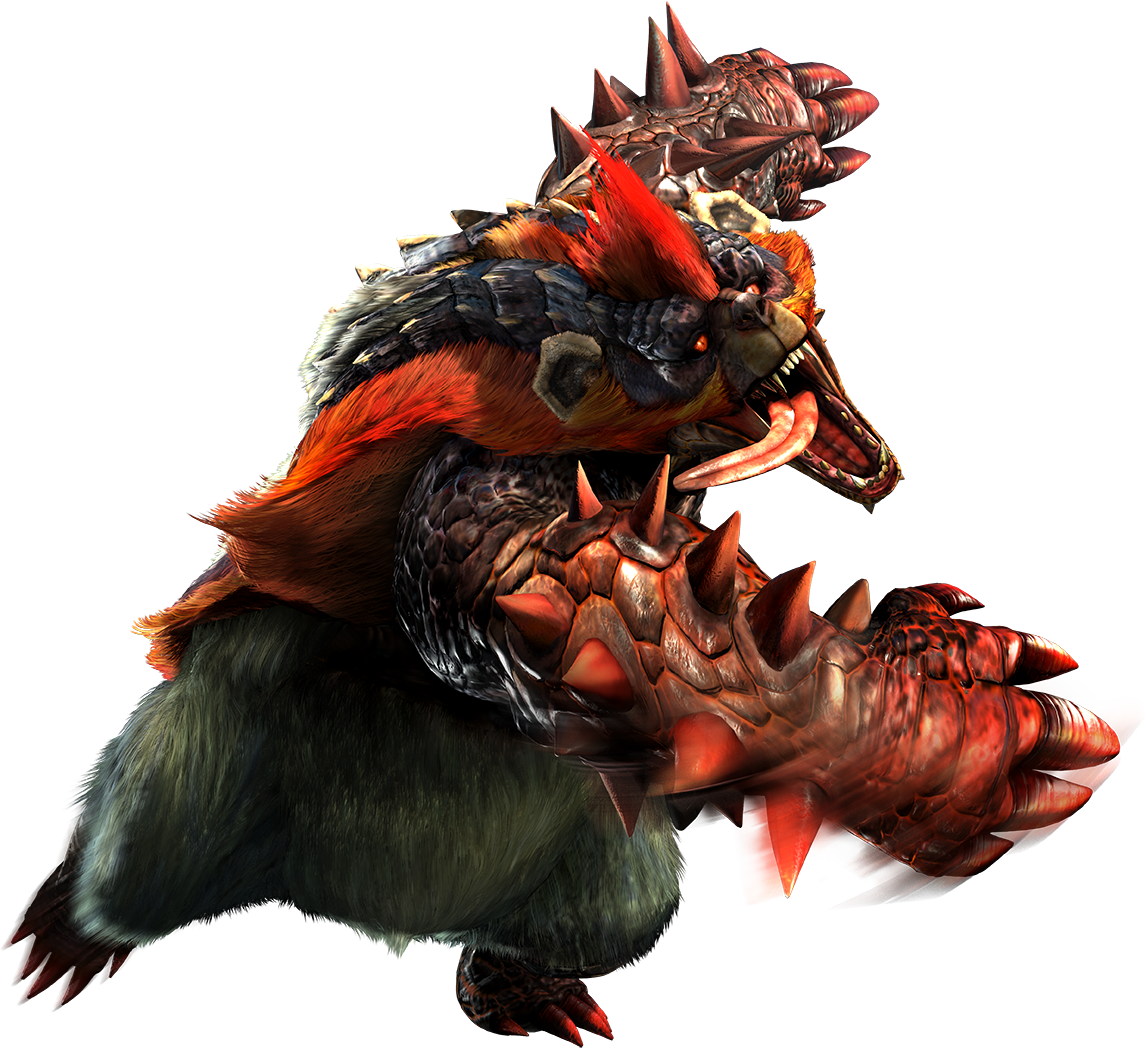 If you've come here first, which I doubt you would've, you would have noticed that this is one of the first Deviants hunt you get in the game. Hooray! However it's not an easy transition from normal to Deviant hunts no matter what some may say. It's literally a terrifying experience to be thrust immediately into a Deviant hunt since you're no doubt HR 1 and have low rank armor and then Redhelm or Stonefist start chunking your health like it's delicious peanut butter.

Redhelm is not entirely different from other Arzuros, he's just got a stellar orange mohawk. Redhelm specializes in smacking and slashing attacks. As well as butt slams and the like, Redhelm is rather large, and can put the hurt on a lot of hunters. Redhelm impressively has a rather large roar, on the scale of just a regular roar, not tigrex nuclear blast level roar. Redhelm charges, smashes, and attacks a whole bunch. Some of his more dangerous attacks and his claw swipes, and a claw toss which throws the hunter a fair ways away. Not a nuclear blast roar, but a nuclear butt smash, it's got a large radius. Redhelm also has a pin-attack, where he attempts to hug the hunter which results in Redhelm holding the Arzuros with his claws shaking him violently like the hunter is a giant beehive. It hurts.