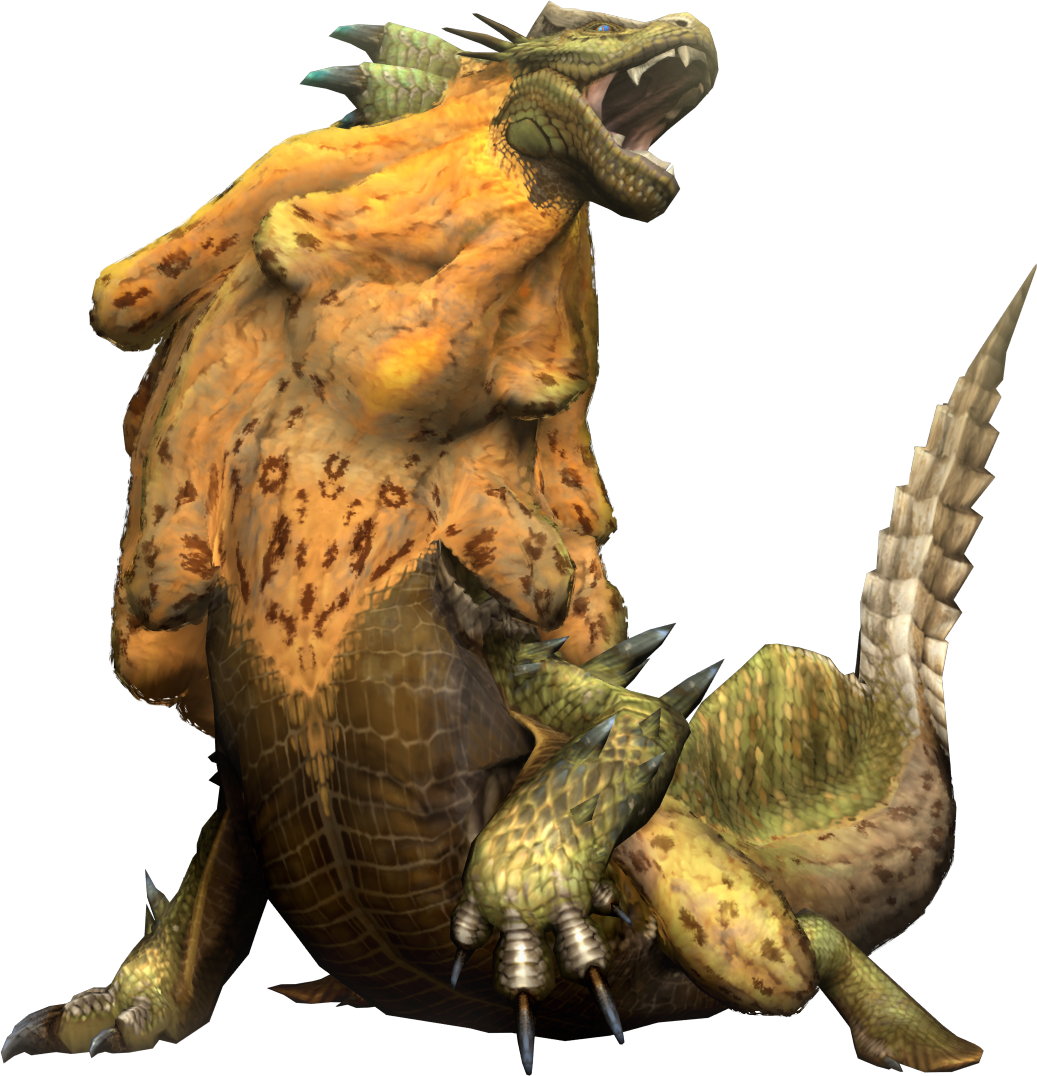 The elusive banana gator, he hasn't been seen since MH3U, and he's coming back in a little less style. There isn't underwater combat, so most of Royal Ludroth's attack kit is a bit more sub-par. Don't forget that Royal always has subjects, and they come in a couple, regular Ludroth kinda come into the scene at some times. Here's what they look like. 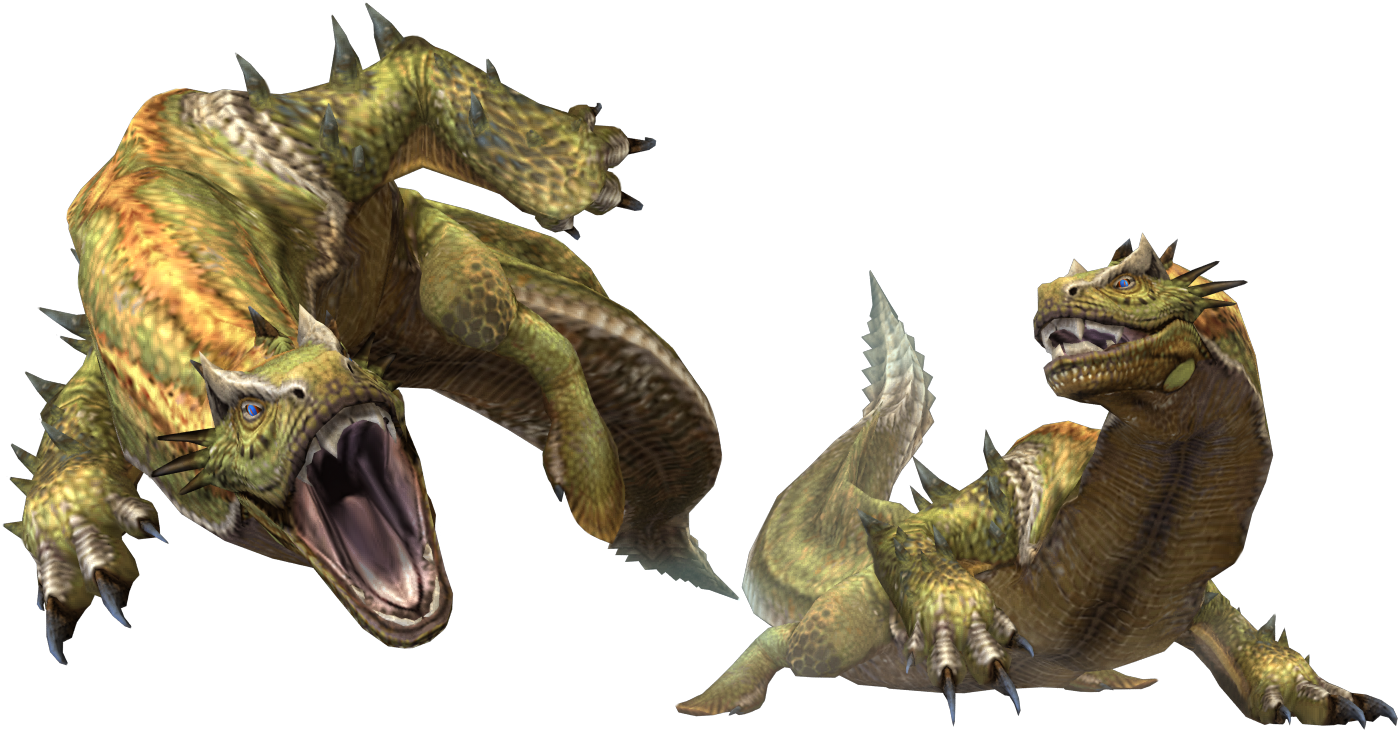 It's not really in your best interest to go out of your way to cut these guys down. So you're better off just purely hunting Royal Ludroth instead.

Speaking of Royal Ludroth, he's still got a plethera of attacks even if they're not underwater. Royal Ludroth charges, rolls, smashes, slashes, tail whips, violently turns around, and water blasts the hunter. Ludroth's most dangerous attack is his side roll, he gets a feel for the ground then procedes to steamroll any hunter unfortunate to be in the way. Royal Ludroth shoots balls of water that inflicts waterblight on hunters, and there's a subspecies that features poison attacks (Not featured in MHGenerations). Royal Ludroth's mane, banana mane, and tail can be broken/cut off, overall he's not entirely a difficult hunt and is pretty good for beginners.