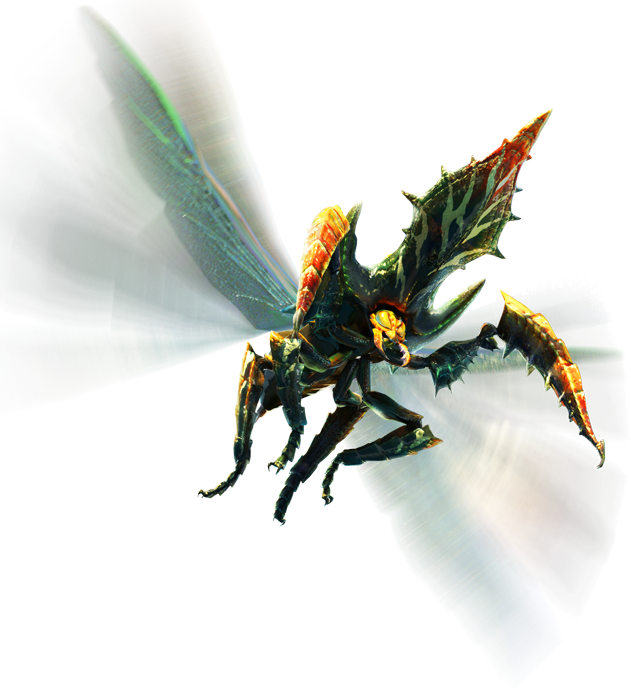 Seltas is possibly the most easiest easiest monster to hunt. Just gotta break its horn, just gotta kill it with its extremely low health, it doesn't really even constitute as a whole monster. Seltas in theory is paired with another monster, the Seltas Queen, Seltas on it's own doesn't amount to much of a hunt. He just charges with his horn, swipes with its claws, and shoots balls of armor down liquid that do a little damage. Seltas is really easy to knock over too, enough damage has Seltas fall out of the air and become susceptible to pure unadulterated pain.