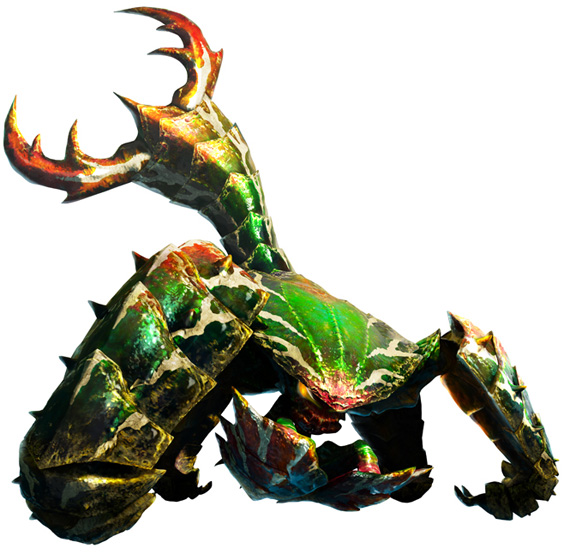 If you hunted Seltas and got only one piece of new armor you can make out of him, there very much would have been a lot of confusion. That's because you have to hunt Seltas Queen to get the rest of the pieces to make Seltas Armor, and boy is it not going to be an easy process. Seltas Queen forever has another Seltas be her guard at all times, even if you murder Seltas' over and over again, another will take its place to be Seltas Queen's guard. Seltas Queen by herself is slow, lumbering, and extremely tanky. She's got about 6 different spots that can bre breaken, all four of her leg armors, her tail, and her freakin face which actually can be broken twice if I remember correctly. Seltas Queen has a face that can be covered with her mandibles that are hard as like, really hard. Most weapon sharpness bounces off the faceplate essentially. Seltas Queen is really slow, but she hits hard, charges, side smashes, tail pinches, full body gas attack, and tail swings.

The coup de grace of Seltas Queen is this. 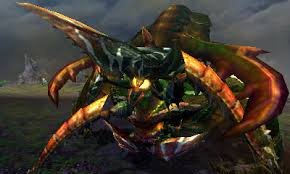 Sure it's low poly and low resolutioned, but it's the true coup de grace about Seltas Queen.

She activates her full body smell attack, and a gas starts expelling from underneath her, this attracts the nearest Seltas, then Seltas Queen grabs the Seltas with her tail claw and places him on her giant headplate. The Seltas is then placed ontop of her forever until he's knocked off or she gets sick of him. Seltas has enhanced attacks on Seltas Queen's back, which includes defense down liquid balls doing their things, longer clawswipe range, and the most ridiculous thing ever imagined, which is Seltas picks Seltas Queen of the ground to slam her into the ground to squish hunters, doing a combo attack where Seltas Queen charges using Seltas's horn while still flying, that the ground cracks where the horn touches, this can be repeated up to 2 times back and forth. Again, Seltas can be removed and can die while serving Seltas Queen, she just summons another one, so it's in your best interest just to murder Seltas Queen so she won't summon anything anymore.