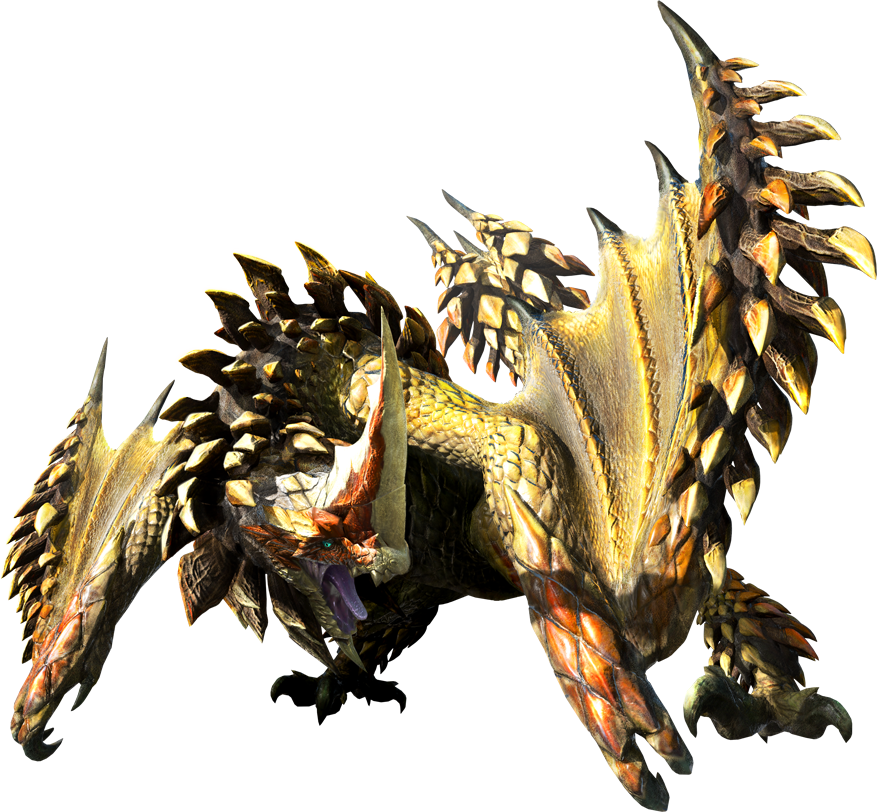 Seregios (Aka Steve) is a monster introduced in MH4, one of its flagships along with Gore Magala. Seregios introduces the bleeding mechanic in which one of his attacks will proc (activate) the debuff bleeding. Bleeding deals damage over time and will not stop until the hunter crouches for some time or eats a sushifish which immediately clogs the arteries and stops the bleeding. Seregios weapons have one of the most special properties, it has high sharpness and high damage, but every dodge the hunter makes with the weapon active immediately sharpens the weapon by a tiny smidget. It makes for some interesting hunts since the weapon could possibly stay at it's highest sharpness, deal the most damage, only because the hunter is adept and always dodges enough to fight back with. However the smidget recovered isn't much compared to whetstones when sharpening one's weapons.

Seregios' is quite sporadic in his movements. From headbutts, to charges, to tailwhips (His tail is rather spikey), to claw scratches (Feet claws, his wings have none), to full body spins and smashes, like he takes off the ground and swings his spikey porcupine body to deal all the damage. Seregios has about 7 body parts that can be broken, the wings, the backleg armor, the tail can be cut, the horn on his head can be smashed, and his back plate can be broken from overuse of mounting. Note that breaking his body parts lessens the sharpness level it can be penetrated by, but it doesn't make Seregios deal less damage. Seregios has a rather short roar that the hunter recovers from faster than he stops roaring. Seregios' high damage and quick movements, paired with the bleeding debuff, makes him a deadly monster to fight, however he's got a rather frail construct and can be easily hunted if it were not for his quick movements and deadly ability.