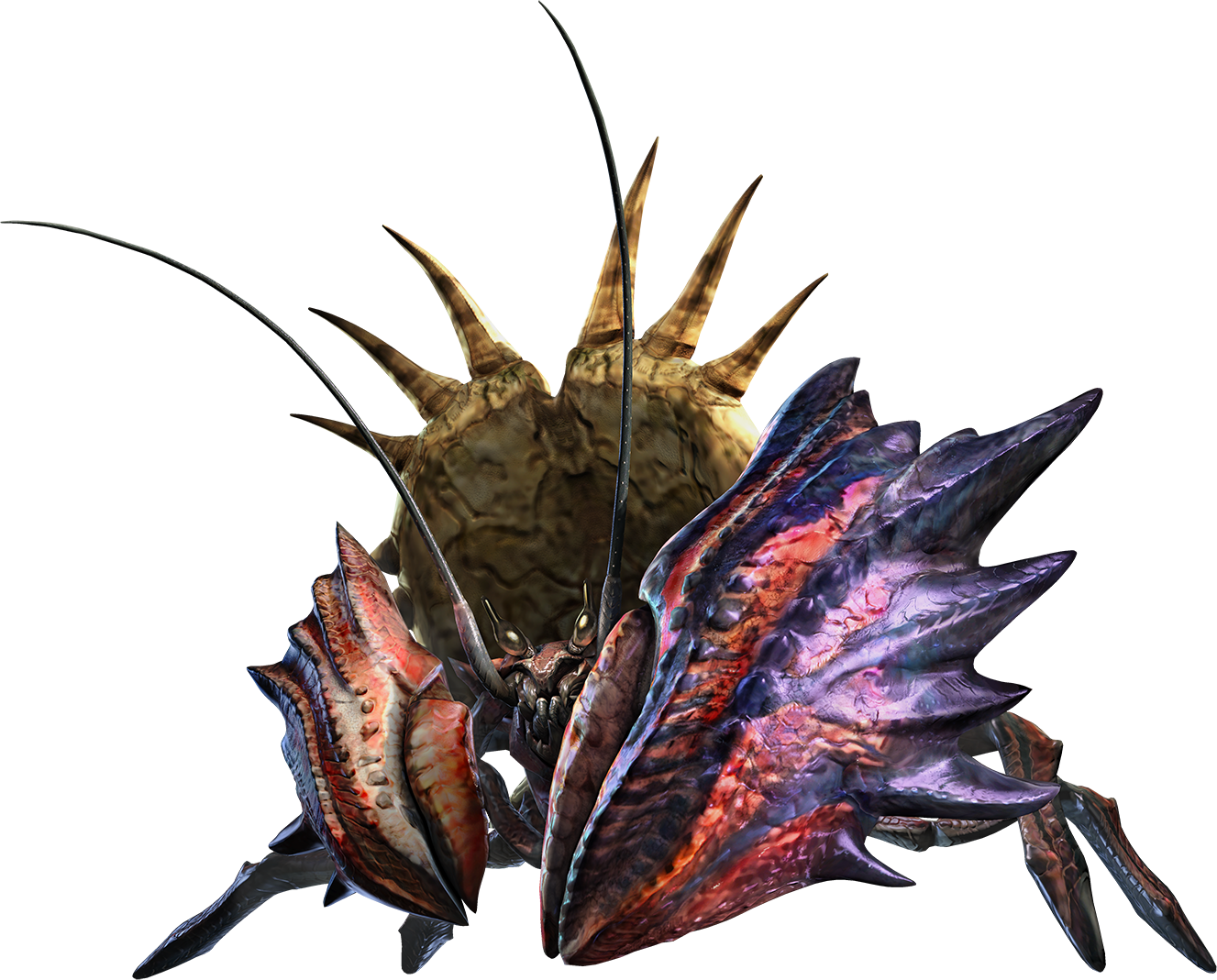 Another deviant you can hunt right of the base. Just like regular Hermitaur, Stonefist will fist you to death if you're weak enough or have weak armor. Stonefist as the name implies has a giant abnormal fist which is grey like stone, it's rather large and clunky but still hurts if an attack connects. All of stonefist's attacks are long and exaggerated, any normal attack a hermitaur would do is slowed down a bit more considering how big stonefist's fist is. Claw spins, smacks, swipes, he even tries to protect himself with it, it's rather sturdy like an absolutive defensive shield. Stonefist also has aqua beams like a regular Hermitaur does, he still does the ground spiking attack where he buries himself and starts poking you violently, an odd attack would be a pinning attack where he himself swipes you up with his claws and starts pecking bits off of you and eating you.