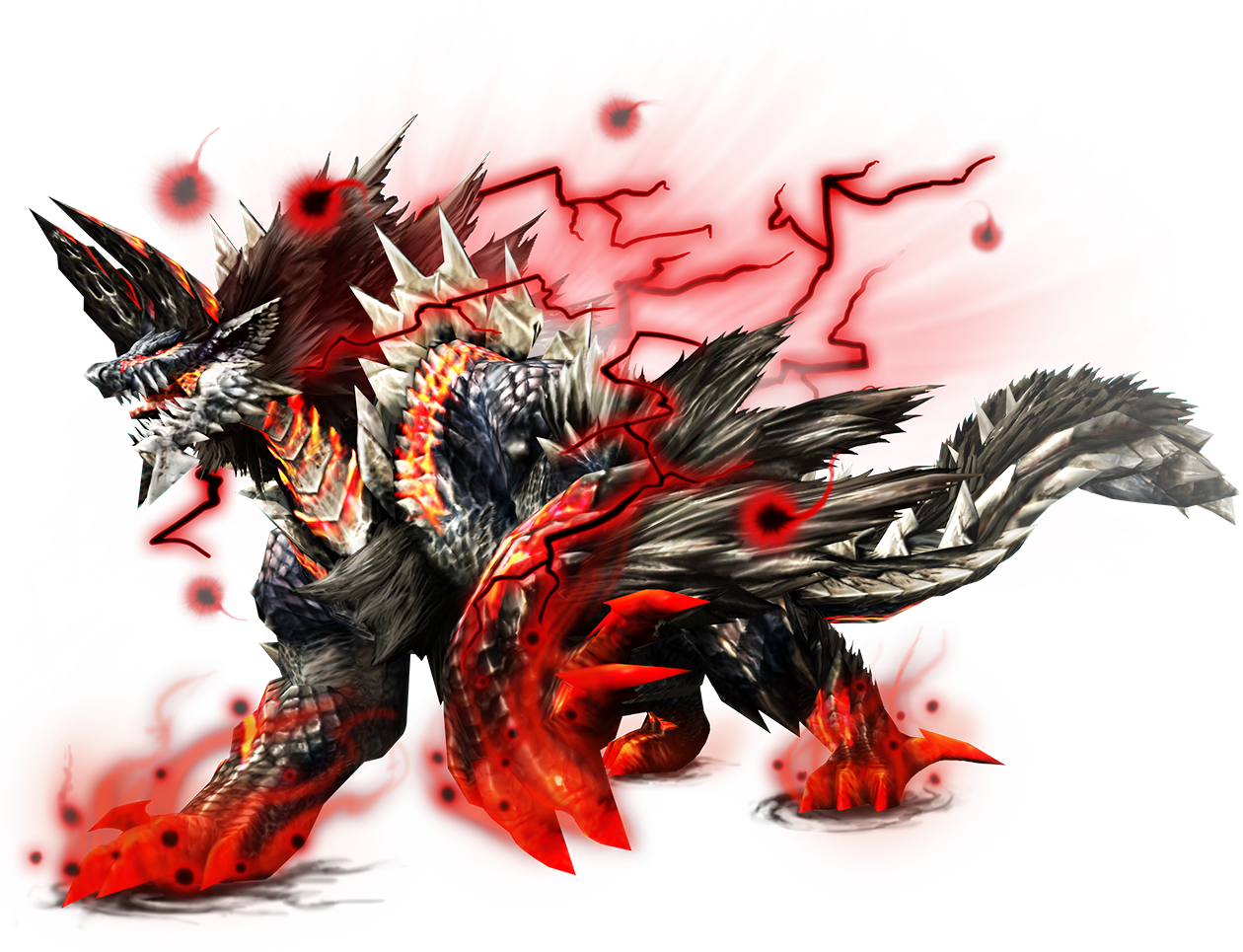 The pupper that ran out of hell and started tearing shit up. Stygian Zinogre's a step up from regular Zinogre, a lot faster, trickier, brutal. Same attack patterns however, paw smashes, tail whips, funky dance moves. Stygian Zinogre harnesses the power of the dragon bugs, he can toss them out as balls that home in on you and debuff you with the dragon element. Stygian's most dangerous attacks are tailslams, he will use one after any move he does regardless of where you are, especially with the back smash as well. Like a regular Zinogre, there's a enraged and regular mode, Stygian also charges up to acquire his enraged mode, however take caution in using that zone of time to attack him, since little lightning bolts start sparking around his body that do hurt you a lot.