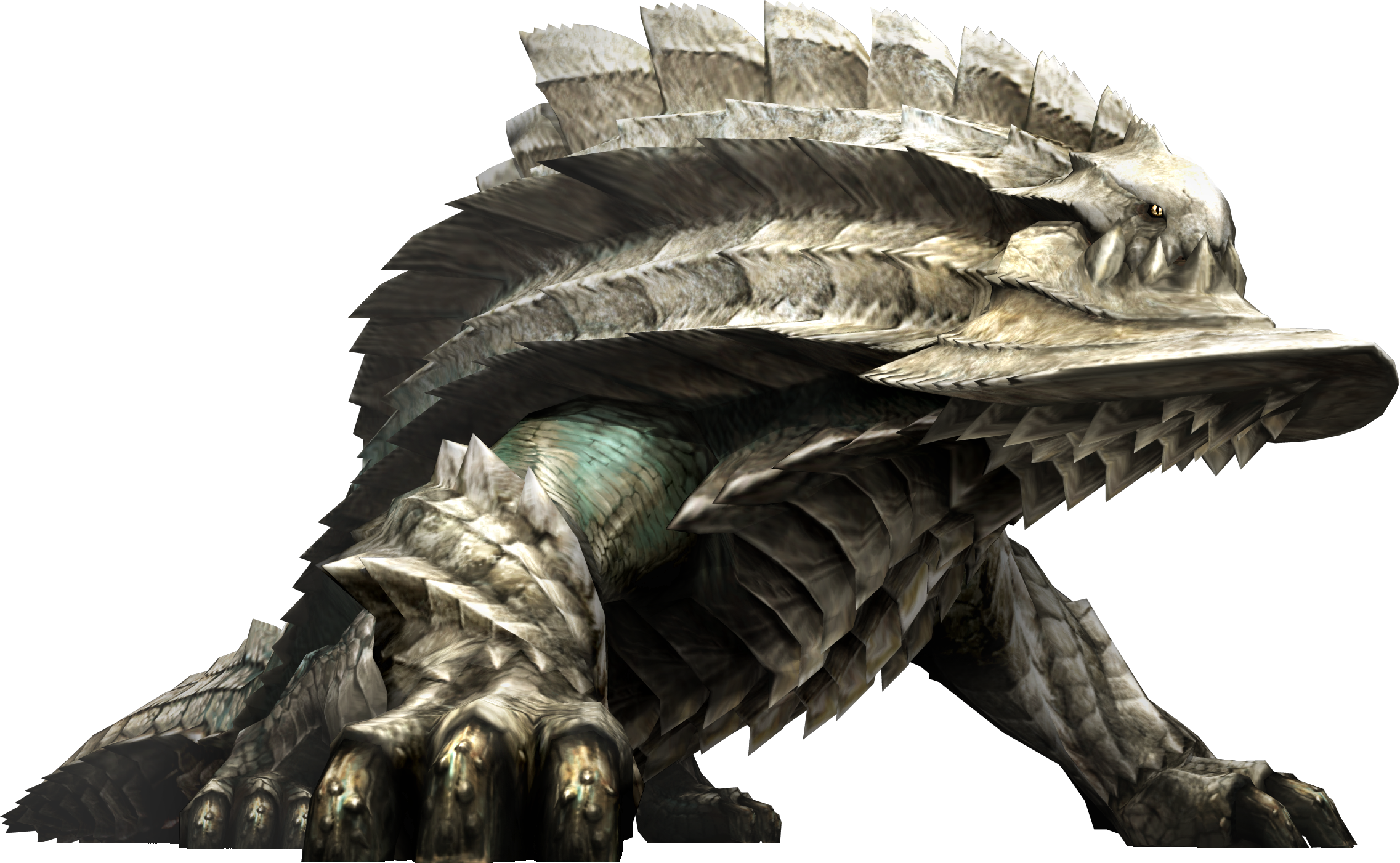 Ukanlos is the greatest enemy of all terrain or mountains. Ukanlos's face can be broken, where the shovel tip is broken, his feet, back spikes, and tail can also be broken, if the tail is broken off, it only gives two carves, beware of his rage however. Ukanlos's attacks here range from deadly to meh, most deadly being his ice lazer, where it breaks ice and hunters, Ukanlos can dig down and remerge Jaws style targeted onto a single hunter, unless the hunter runs away, he will get hit by Ukanlos's spikes and be run over for a lot of damage. Ukanlos can charge using his shovel which also flings around ice blocks that can snowman hunters. Ukanlos also has tailwhips and claw swipes, but they don't deal that much damage.