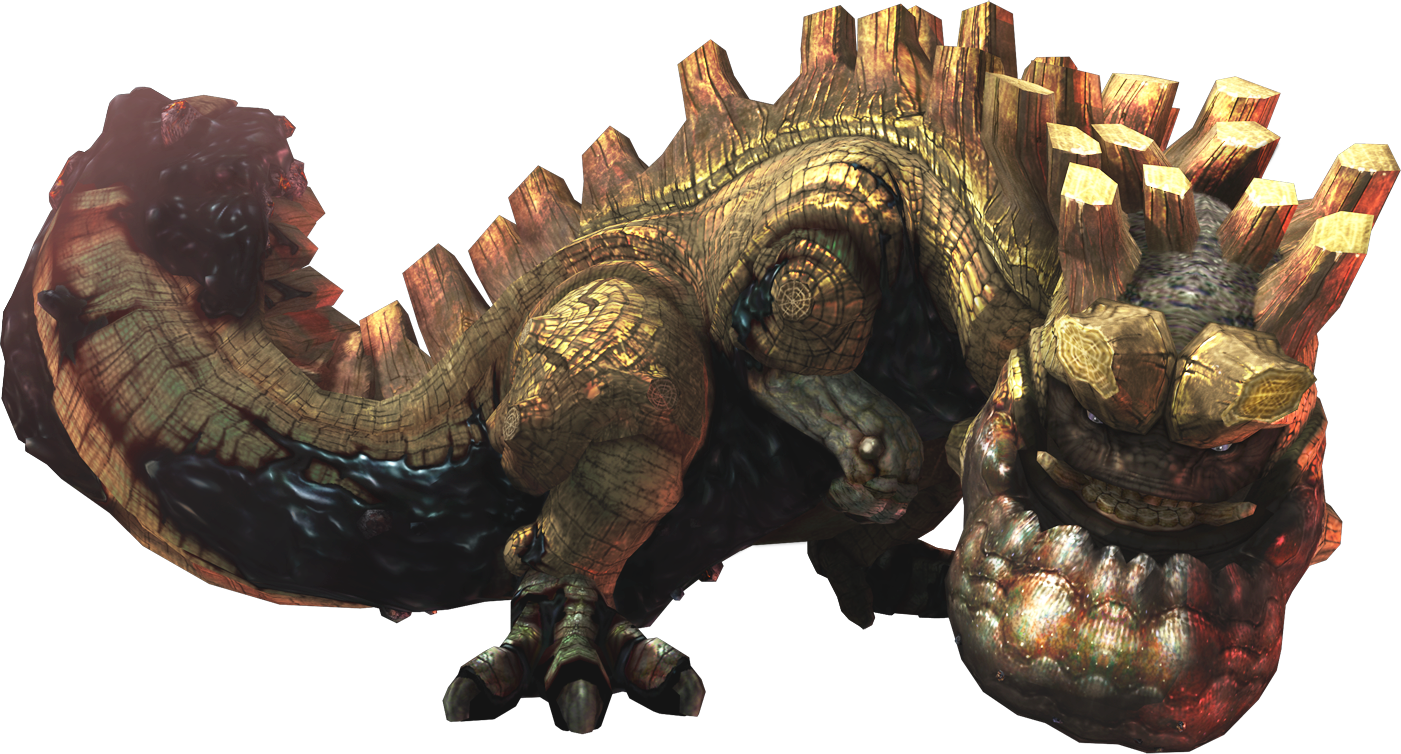 Uragaan's rather stubby and short body can be rolled into a ball. This is the base of most his attacks, rolling around and running over hunters. Uragaan's chin can be broken twice, the second time removes the sharpness needed to penetrate it, his back and tail can be broken too. If he has fallen over, he can be mined around the crotch area if you have a pickaxe. Uragaan does tailswipes, random charges, chin smashes, and grenade tosses. If the chin activates a nearby grenade, it explodes and catches the hunter on fire. Uragaan mostly roll people over, however if he is exhausted he's prone to fall over while doing this.